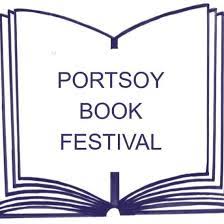 JAMES ROBERTSON, born in Kent, grew up in Bridge of Allan.  James has worked in many book related roles from a sales rep, translator, editor and author.  He has received a Saltire Award for ‘Joseph Knight’ and been long listed for the Man Booker Prize with ‘The Testament of Gideon Mack’.  He is general editor and co-founder of Itchy Coo books which translate well known children’s books into Scots language including Julia Donaldson’s ‘The Gruffalo’.  His most recent book, in 2017, is ‘Michael Marra: Arrest This Moment’, a biography of the late Dundee singer and performer.

DOUGLAS SKELTON worked for the law and as a newspaper editor experiencing the grittier side of life.  He has written a selection of true crime and history books and in 2014 turned to Scottish crime fiction introducing the Davie McColl series, the last of which was longlisted for the 2016 McIlvanney Award.  He is also author of the Dominic Queste series.

‘Thunder Bay’ is his most recent book which will be released in March 2019 and features investigative reporter Rebecca Connolly.