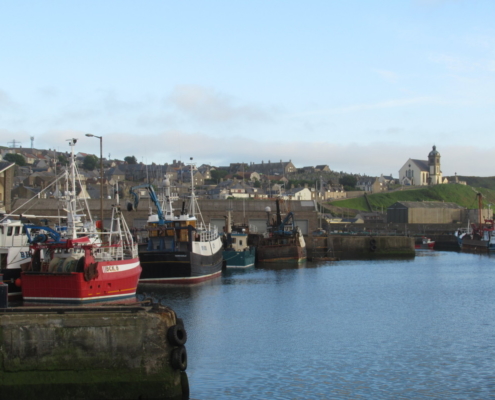 The harbour is the heart of the town of Macduff. The original harbour was built in the 1770s when the 2nd Earl Fife decided to transform the small fishing village of Doune into a prosperous burgh which would be named after his family, the Duffs. The town of Macduff has grown up around its busy working harbour and thriving shipbuilding industry which continues today.

Real expansion came in the 19th century with the boom in the herring fishing industry. The fishing fleet followed shoals of herring around the Scottish coast, and the harbour was crowded with boats while the herring lassies gutted, cured and packed the fish in barrels. Ropemakers, sailmakers, netmarkers and coopers were among the trades which sprung up around the harbour.

The harbour itself was first altered in 1830 with the construction of a new breakwater to replace one which had been swept away during a storm. The north basin was added in 1878, and the lighthouse pier and lighthouse were built in 1903. Further expansion work was put on hold with the outbreak of war in 1914. That war also brought an end to the export of herring to Germany, Russia and the Baltic. Neverthless in 1920 the Princess Royal Basin was constructed, as Macduff Harbour continued to expand to accommodate cargo vessels and trawlers. Further development took place in the 1960s.

Throughout its history Macduff Harbour has been renowned for its shipbuilding industry. Sailing ships built here in the early 19th century included the Sisters, Albion and Scotia. Gradually wooden boats were replaced by steel-hulled boats. Today Macduff Shipyards continue to build, paint and repair boats before they are launched down the slipway into the harbour. 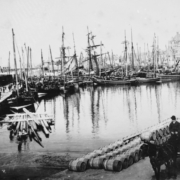 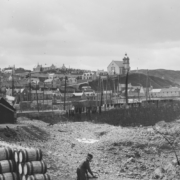 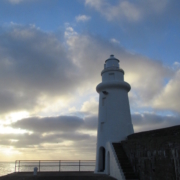 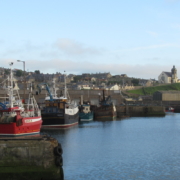 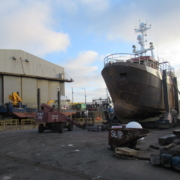 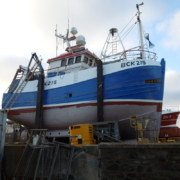 Silversmithing in Banff
Scroll to top