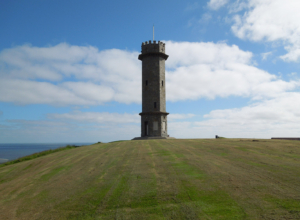 Macduff’s war memorial is a striking 70-foot tower overlooking the town and the coastline beyond. It is inscribed with the names of those men from the Macduff area who fell in the First and Second World Wars.

The memorial was designed by local architect John Fowlie, and built by two retired master masons, Alexander Brown and Magnus Johnstone, as their tribute to the young men they had known. The foundation stone was laid by Alexandra, HRH Princess Arthur of Connaught, who was Duchess of Fife in her own right, and the memorial was completed in 1922.

The prominent tower is a useful landmark for seafarers returning to harbour.

The names of those who died in the First World War were taken from the Roll of Honour compiled by George Forbes Dickson, a local man who kept a jewellery shop in Duff Street. Throughout the war Dickson kept lists on the wall inside his shop of all who had volunteered, been wounded, killed, imprisoned or awarded medals. His little shop played a hugely important role in the town during those years. 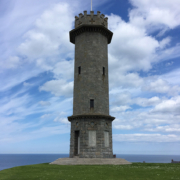 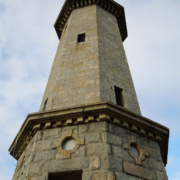 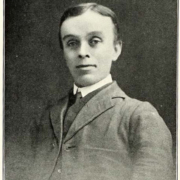 Is the Macduff Mystery solved?
Scroll to top