The historic core of Banff plays an important part of the town’s history, but also its future. Historic buildings are built by the use of traditional materials, all naturally occurring materials which generally would have been sourced locally, for example timber windows and doors and constructed with local stone. Many buildings in Banff retain their historic appearance which significantly improves the streets charm and makes them attractive. In order for these buildings to survive, they need to have works carried out to them with the use of traditional material and methods.

There are a number of stone types found in the construction of buildings in Banff. The Clashach/Hopeman-type (Moray) yellow sandstone is the most common material. It is a very durable stone with a natural resistance to acid rain and air pollution as well as to salt damage and good frost resistance which makes it very good in a location like Banff. Local dark grey whinstone is also commonly used throughout Banff as it is known for its hardness and is seen a used as a substitution for expensive Aberdeen granite. Sometimes whinstone is found randomly mixed with sandstone to make it visually pleasing. Lime pointing is considered to be most appropriate on historic buildings due to it porosity allowing for moisture trapped in the walls to be expelled rather than trapped by cement, which accelerates the rate of stone decay.

Many buildings in Banff are covered with harling, either the whole properties or simply the gables. Some buildings retain the traditional lime harling, however a significant number have been re-harled using a cement based product. Over time this can lead to the deterioration of the building due to cement being rigid and prevents moisture to escape from the building and therefore it looks for an exit through stones and bricks. This commonly leads to cracks in harling and the acceleration of decay in existing stonework.

Many traditional roof are covered with either Scots or Welsh slate, with a small number of pantile roofs. It is thought that there may have been some thatched roofs on earlier buildings in Banff. A number of properties have lost their original roof coverings, some of which have been replaced with corrugated asbestos sheeting. These are thought to date to the 1940s, which are now beginning to fail.

Examples of traditional, mainly Victorian, shop frontages survive particularly on Low Street and Bridge Street. The shop fronts were mainly constructed in timber, with timber hand painted signs with elegantly proportioned windows. Some original recessed doors survive with encaustic tiled thresholds. However many of these have been replaced with unsympathetic shop frontages which has caused the original details to be lost or obscured.

The Banff Townscape Heritage Initiative was completed in December 2012, leaving a legacy of restored and refurbished properties. The project focused on the rehabilitation and preservation of the historic core of Banff. It helped to salvage and conserve the built heritage of the town where a number of years of dereliction had taken an effect. The investment delivered through the Banff THI encouraged private owners to make their own contributions to the townscape. 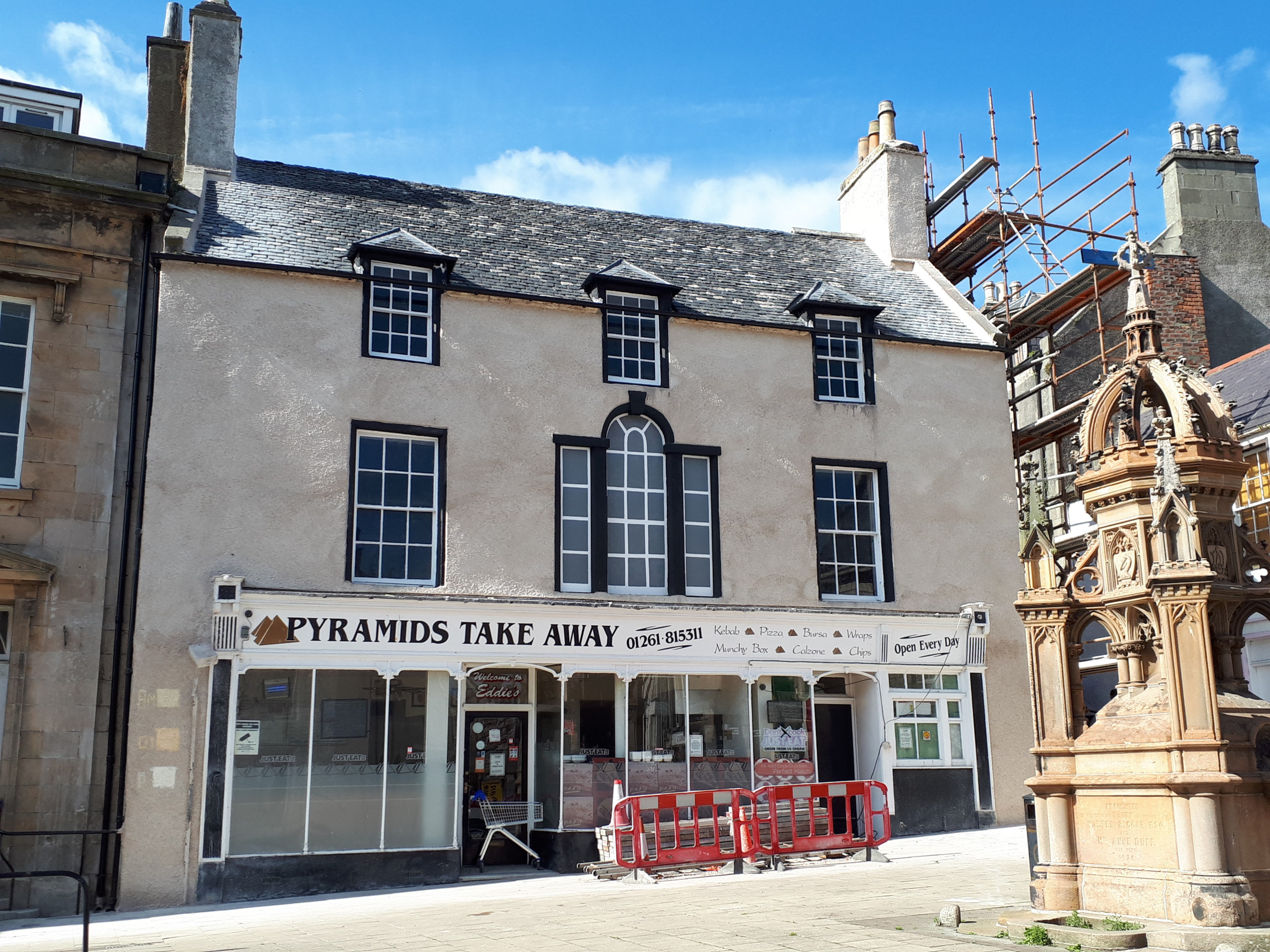