The communities of Banff and Macduff have been shaped by the sea.

A shingle bar across Banff Bay provided a natural harbour for merchant ships trading around the coast and overseas. But shifting sandbanks caused difficulties and so the first harbour, Guthrie’s haven, was built in 1625. This was extended in 1775 by John Smeaton and in 1815 by Thomas Telford.

In the 19th century the harbour was busy with herring fishing. Walter Biggar, an Edinburgh merchant who settled in Banff in 1821, pioneered the export of herring to the Baltic from the north east of Scotland. He and his wife Anne are commemorated on the Biggar Fountain in Low Street.

Not all trade was legitimate, and smuggling was rife, with many of the town officials and influential families allegedly involved.

The first harbour in Macduff was built in the 1770s. It was expanded in 1878, and throughout the 20th century was repeatedly deepened and adapted to meet the demands of the modern fishing industry. As boats became bigger, the fleet largely moved from Banff harbour, which regularly silted up, to Macduff. The town was also known for its shipbuilding and repair industries.

Today Banff harbour has a thriving marina for leisure boats, while Macduff harbour accommodates fishing vessels of all sizes and has a busy repair facility. 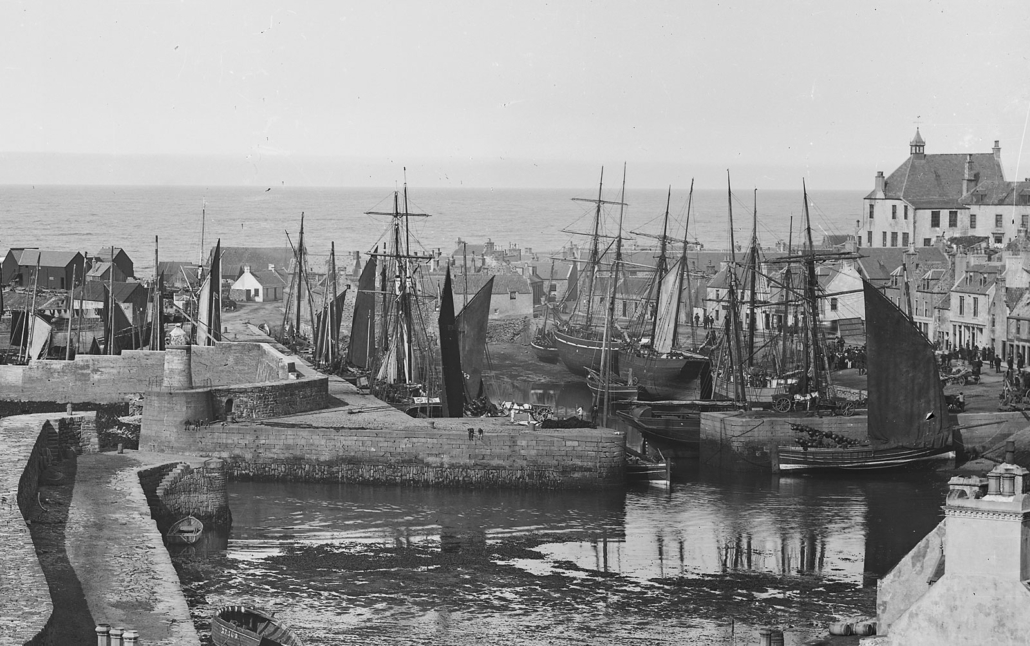 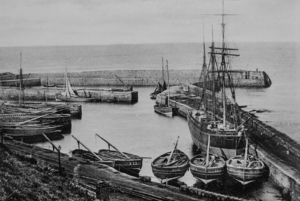