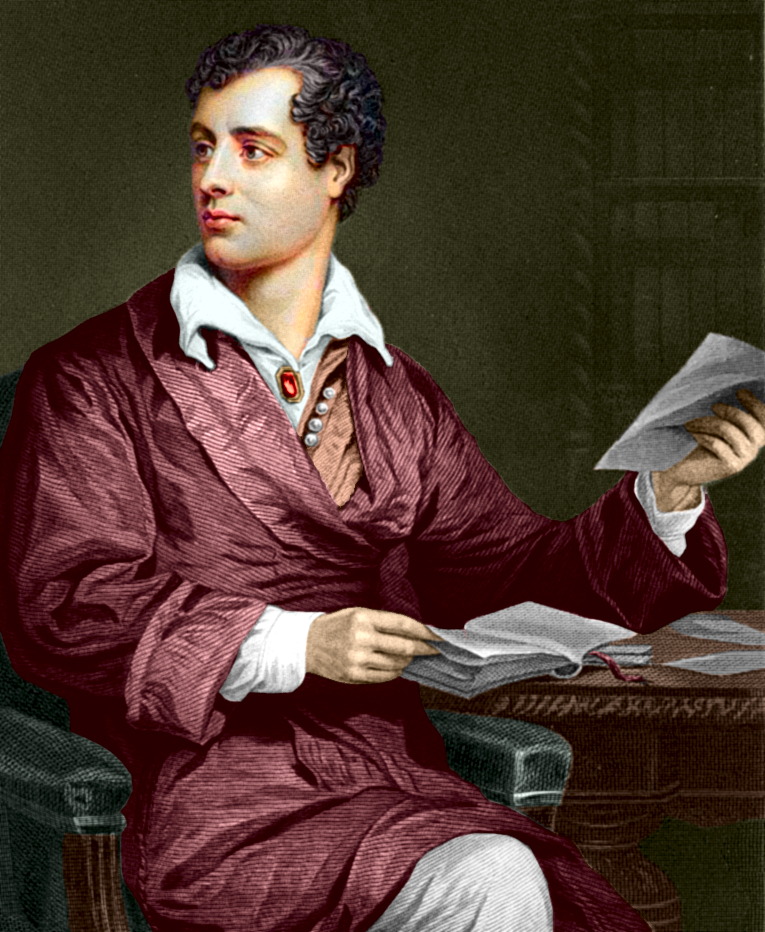 The famous poet Lord Byron spent his childhood summers in Banff, his mother’s home town, where his great-grandmother Lady Gight was head of a notable landed family.

George Gordon was born in 1788. His mother, Katherine Gordon, was an heiress of the Gight family, but her wealth and property disappeared soon after her marriage, used to pay off her husband’s debts. George and his mother came to live in Aberdeen and so frequently spent time with close relatives in Banff. The Annals of Banff, published in 1891, is the main sources of stories about Byron’s childhood exploits in the town.

Memories still linger in Banff of Byron’s violent and improper conduct in his youthful days.

The minister at the time, Abercromby Gordon, was one of his many relatives. On a visit to the Old Manse young Byron climbed a tree in the garden to reach some pears and fell to the ground. The doctor was summoned and was going to bleed the boy but Byron protested. Being bled, a common remedy at the time, remained a lifelong fear for George Gordon Lord Byron.

Another story tells of a visit to St Brandon’s Close on the High Street. As his mother entertained some local ladies to a tea party, the young boy, looking for some excitement, dressed his pillow in his jacket and threw it from a balcony, causing fear and alarm among the ladies below.

The house Byron would have known best, Lady Gight’s house, stood on the site of the present-day courthouse. He is also said to have spent time at the shore at Tarlair, where he learned to swim. Byron’s visits to Banff came to an end when he was 10 years old and inherited a title and estates in England. He and his mother moved south, and he is not known to have returned to Banff.

1A Carmelite Street
Scroll to top