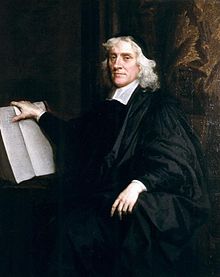 The present Macduff Harbour has not always been the only harbour. The very first detailed map of Macduff – then called “Down” – is dated 1763, and while it shows the beginnings of the present harbour – it also shows a place called “Laing’s Shore”.

The Witness of Banff

Nowadays the harbour in Banff is full of small pleasure craft but in days gone by there were much larger ships.

One of these was the Witness of Banff. In 1852 this vessel set sail from Banff to Melbourne – a daunting journey for a ship that could fit into Banff Harbour. We know quite a lot about the voyage because one of the passengers, a Mr W Robertson of the Commercial Bank in Banff, kept a journal.

The ship left Banff on Tuesday 17th August – a ship of 130-odd tons, captained by Charles McKenzie, with a cargo of oatmeal and five passengers. The voyage was not without incident. They sailed across the Moray Firth, round the north of Scotland through the Pentland Firth, and the last sight of Scotland was St Kilda.

The good weather continued until they glimpsed the island of Madeira, and then the weather broke and the passengers were confined to their cabins.

“The howling of the wind, the gurgling of the waters, and the heaving of the ship was most dreadful. Mounting gallantly upon the hilly ridges of frothy topped waves, and diving head foremost like a duck”

Food on board the ship consisted of ship’s biscuits and beef or pork. The water was “so discoloured and so very sour that one might have pickled cucumbers in it”

Once in the Tropics they came on a vessel called the Columbus that was in difficulty and they had to rescue the captain and crew with as many possessions as they could from the stricken vessel. They also had to accommodate a dog, a very large pig, a cock and four hens but they couldn’t salvage the cargo of coal. On route they visited a ship called the Wellington to socialise with the passengers on board and enjoyed a decent dinner washed down with wine.

At last they arrived in Melbourne on 24th January 1853. Alas the Witness didn’t make it back to Banff – it travelled to Adelaide with cargo but on the return journey to Melbourne ran aground on a reef at Cape Northumberland in South Australia. The schooner was lost but fortunately all the crew survived.

There is a copy of Mr Robertson’s journal in the Museum of Banff.