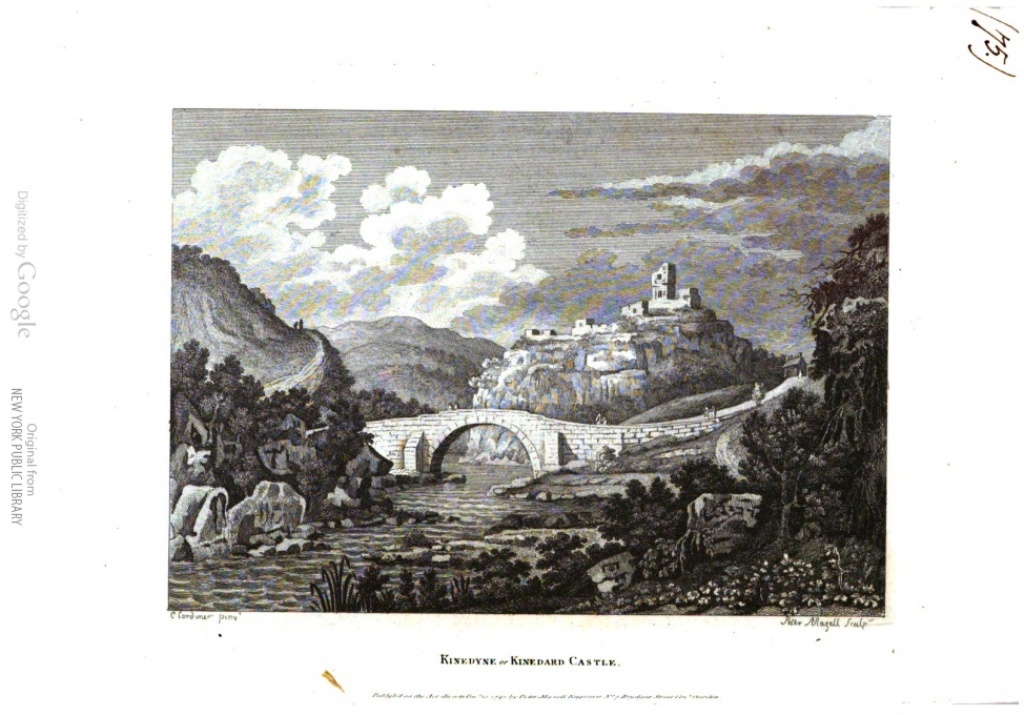 This is one of my favourite places. It is beautiful of course and it has seen so many wondrous, historically important and sometimes terrible things. There are stone circles and Bronze Age cairns dotted around the countryside. There have been people here for a very long time indeed.

The Celtic Mormaers, it is thought, ruled this land for centuries from here, the principal seat. Bede Cruithnech, the Pict, the first Buchan man mentioned in history, lived here, and listened to St Drostan’s words about 520 AD. It is a formidable defensive location ideal for a castle, and so enter the Norman barons, the Comyns. Like so many other Norman nobles, the St Clairs or Sinclairs, Meldrums and Cheynes were invited to settle in the North East of Scotland by King David I. The King was enamoured with the feudal system and wanted to subjugate the Celtic folk.

Margaret, the only child of Fergus, the last Mormaer of Buchan, married William Comyn who became the first Scoto-Norman Earl of Buchan and he built a Norman keep right there in the 12th century.

The Comyns ruled Buchan from here for more than 100 years and played a very important role in the history of Scotland. After the death of the Maid of Norway, John Comyn and his cousin the Lord of Badenoch, the Black Comyn, were among the thirteen barons who could lay some possible claim to the throne of Scotland. But King Edward I of England had a desire to make Scotland a part of England. The Black Comyn died and his son the Red Comyn took over his claim.

Lots of battles and events preceded this but Edward invaded Scotland in 1296 and on July the 23rd 1296 King Edward I of England and his entire northern army came from Turriff to King Edward Castle to be entertained by John Comyn before moving on to Banff.

Edward invaded Scotland again in 1303 and marched through Buchan from Aberdeen and arrived in Banff on the 4th of September. The son of the Red Comyn who was one of the chosen Regents of Scotland fought a guerrilla war against Edward I of England, alongside William Wallace and Simon Fraser. He was famously slain by Robert the Bruce after a quarrel before the high altar of the church of the Minorite Friars in Dumfries. Bruce stabbed his rival because he believed Comyn had passed secrets to Edward.

John Comyn, the Earl of Buchan, and cousin to the Red Comyn, was now one of Robert the Bruce’s most deadly enemies and the most powerful noble of his time. He held court here in Kynedor Castle.

Bruce fled to Norway and came back to Scotland in the spring of 1307 and then the tide of battle turned in his favour. Bruce, a general of consummate ability, gained victory after victory in decisive battles, several of them near here, such as at Aikey Brae, Bruce Hill, Slains and the battle of Barra in the parish of Bourtie less than a mile from Oldmeldrum.

To make certain there would never be opposition again from such a powerful baron, Robert the Bruce wreaked a terrible vengeance on the people of Buchan. All Buchan was devastated including Kynedor Castle. Robert the Bruce is known by a few names but the Scottish hero is also called ‘the Bane of Buchan’.

My personal favourite character and hero for me is Isabella, the sister of Duncan, the Earl of Fife of the old line of Macduff, who was married to the Earl of Buchan, John Comyn. The right of crowning the Scottish Kings being hereditary to the family of Macduff, Isabella claimed this right. She, along with a body of retainers mounted on her husband’s war horses, arrived two days late for the ceremony at Scone. Because of her loyalty she was given the opportunity of again placing the Crown on Bruce’s head. Isabella was captured by the English and imprisoned, on orders from King Edward, in a wicker cage at Berwick Castle where she languished for 7 years, known as the ‘caged lady of Buchan’.

It is hard to imagine what King Edward would look like today if the events I have just described had turned out differently. At the height of their power there were no fewer than three earls, Buchan, Menteith and Athol and one great feudal baron, Comyn Lord of Strathbogie, with 30 knights owning land.

There remains no memorial for the Comyns in the land save the orisons of the monks of Deer, and places names such as Cuminestown.

There is not much of Kynedor Castle left just the stories. The masoned stones were used in the building of the Castleton Bridges in the 18th and 19th centuries and now span the burn instead of a drawbridge, but it looks affy bony. You can park at the picnic area and walk down a really good path to the old 18th century bridge, but watch yourself crossing the busy A947. 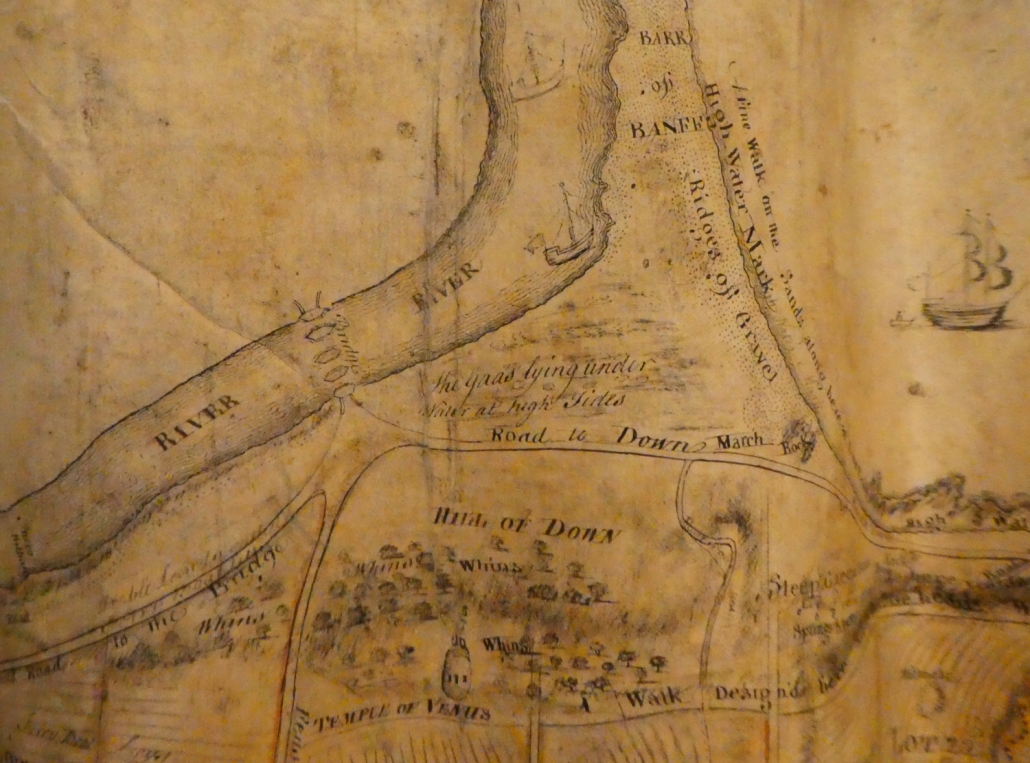 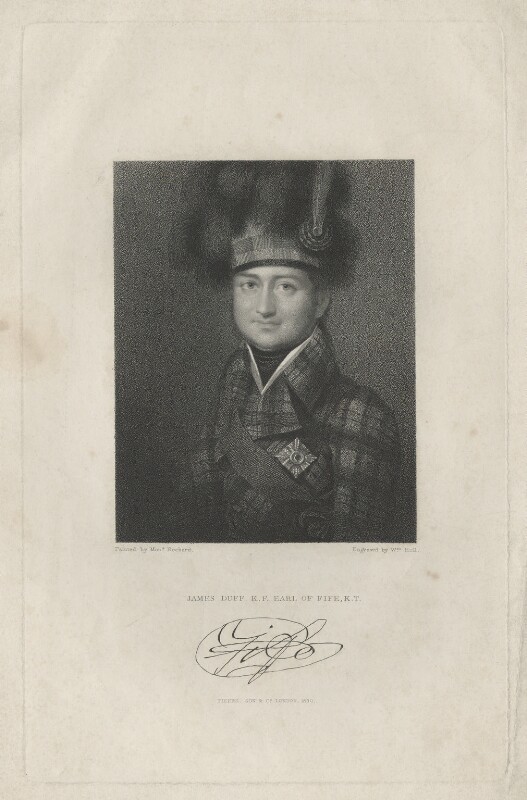