George continued his trading after the “Lady Hughes” incident and seemingly was quite successful.  He had a local family, although not formally married.  In 1789 he determined to make a trip back to Scotland, but after rounding the Cape of Good Hope he was taken ill on board the “Winterton” and passed away on 22nd January 1790 aged 52.  He was buried at sea.

But most fortunately he left a Will.  His daughter Felicia in Bombay was well provided for, but a large part of his fortune he left to his five sisters – at least one of which, Jean, lived in Banff – at an earlier No 1 St Catherine Street.

Two of his sisters however never came forward, and George had obviously expected this because his Will allowed for that event.  The unclaimed monies (circa £2 million in today’s money) were put in the care of the magistrates of Banff, and as his Will specifically directed it was called the “George Smith Bounty”.  He had two specific provisions: firstly to build a school in Fordyce – his place of birth, a stated salary for the schoolmaster, and an endowment for children that could prove a connection to the Smith family.  This seems to have taken place and very successfully.

Secondly, for Banff, “an Hospital” should be built.  The Town Council at the time, as is recorded in their Minutes, decided in 1815 however that the amount was insufficient for a hospital and instead they elected to extend the Townhouse – which had been built in 1796.  Which part of the building this was seems unclear, but presumably part of the rear extension.  The 1823 detailed map of Banff does not show the extension to the south near the now Carmelite House Hotel.  And the “houses” to the north – although owned by “the Town” existed before the present Townhouse.

The local politicians of the time defended not building a hospital by making the extension Townhouse useful to military when quartered in Banff and “for several years it has been employed most beneficially as an hospital of sustenance and health for the lower orders, from whence they have received a supply of good wholesome broth and bread three times a week”.

Although the wonderful phrase “hospital of sustenance” cannot be found anywhere else, a Report by the Commissioners on Municipal Corporations of Scotland in 1835 did conclude the donor’s “intention has in substance been carried into operation”.  They also said that while this practice “is not an example to be followed, it can hardly be censured”.

So thank you George Smith for helping Banff, Fordyce and Hong Kong.

Note, George Smith was quite a common name back then amongst Scotsmen; at least two other influential Scots George Smith’s in trade in the east, and another different one is buried in St Mary’s churchyard in Banff. 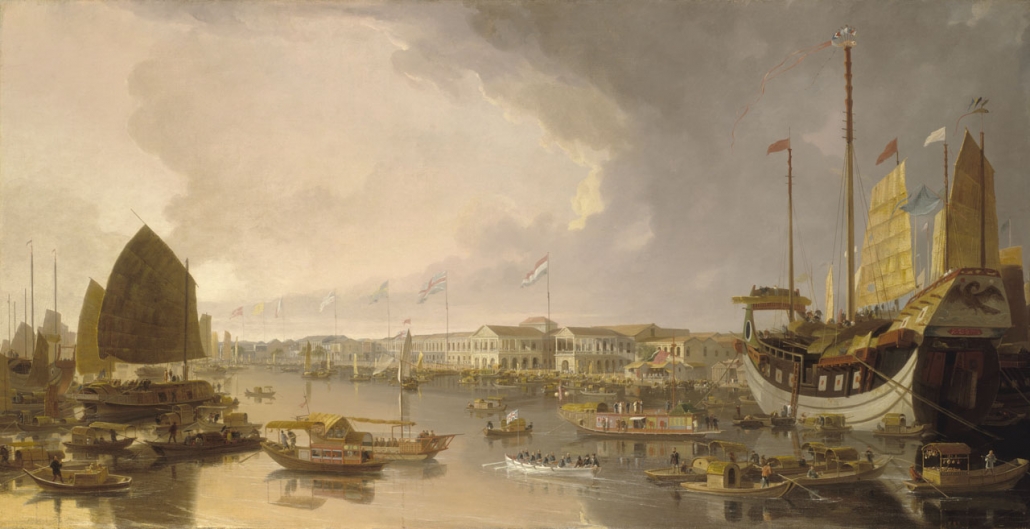