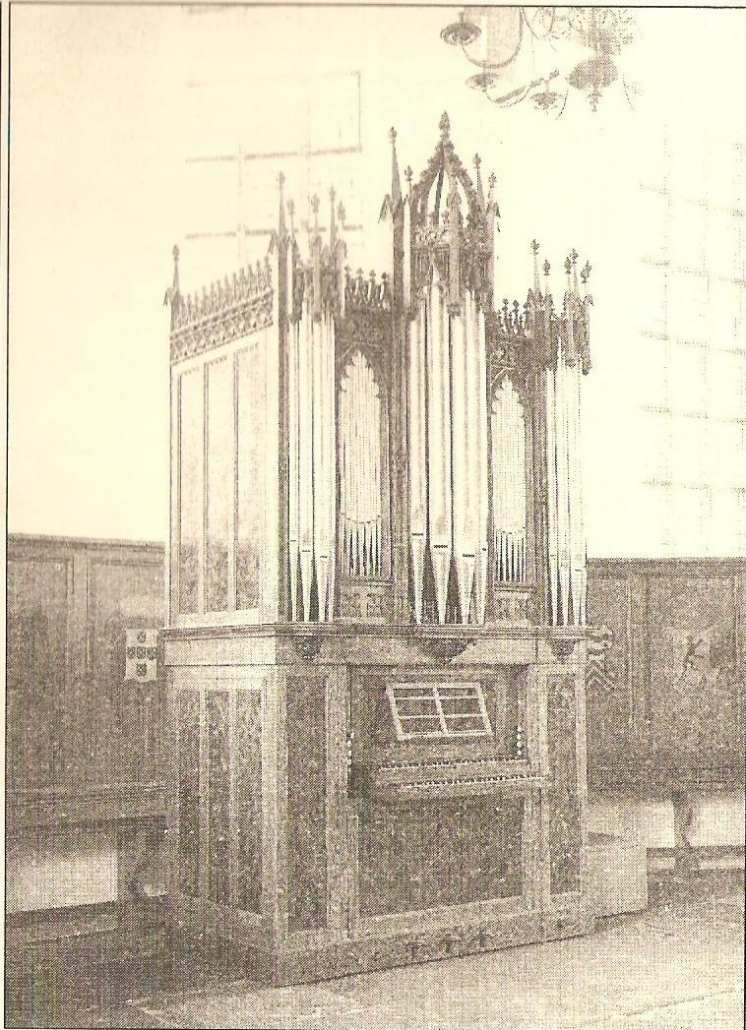 Nowadays there are hundreds of church organists, though fewer than there were, and hard to replace. In the 18C they were very rare indeed. The Church of Scotland did not believe in instrumental music. There was a precentor with a tuning-fork. But Scottish Episcopalian churches always wanted an organ, if they could afford one. So an Episcopal chapel would earn the nickname a ‘whistlin’ kirkie’. St Andrew’s, Banff, from the 1730s, gloried in its organ. It cost money both to buy and to keep in repair (I remember a bill for ‘skins for the Echo Bellows’). If need be, they would have special collections for the organ, but the money came in. I noticed over the years between 1723 and 1746 that the minister’s salary never changed, but the organist did well. They had one unhappy experience when the poor man couldn’t balance his books and was caught fornicating, but after that the organist’s pay went up and up and up, and he got perks for the annual overhaul. The organist was paid about half what the minister was. The clerk and the beadle and the organ-blower were not in the same league. An organist was a high-status job, and the organist of the Episcopal chapel was an influential figure in the culture of the town.

What is particularly impressive is that after the government troops burned down the chapel in 1746, St Andrew’s came quietly back, took the oaths to King George, and they re-built the chapel. Mr Shand, the organist in the old chapel, came back. The church paid the Chapel Officers at St Paul’s Chapel in Aberdeen 2/- for hearing Mr Shand play the organ there, and then they even sent Mr Shand down to London to consult the organist of Westminster Abbey, no less, about buying an organ for the new chapel. The one chosen would be quite sufficient ‘if a Trumpet were added to it’, which was bought. So you can imagine say Trumpet Voluntaries by Purcell on the new organ. James Shand’s expenses in London were £23 (at a time when the minister might get £42 a year). As before, you could always get a classy subscription list to help pay for the organ. 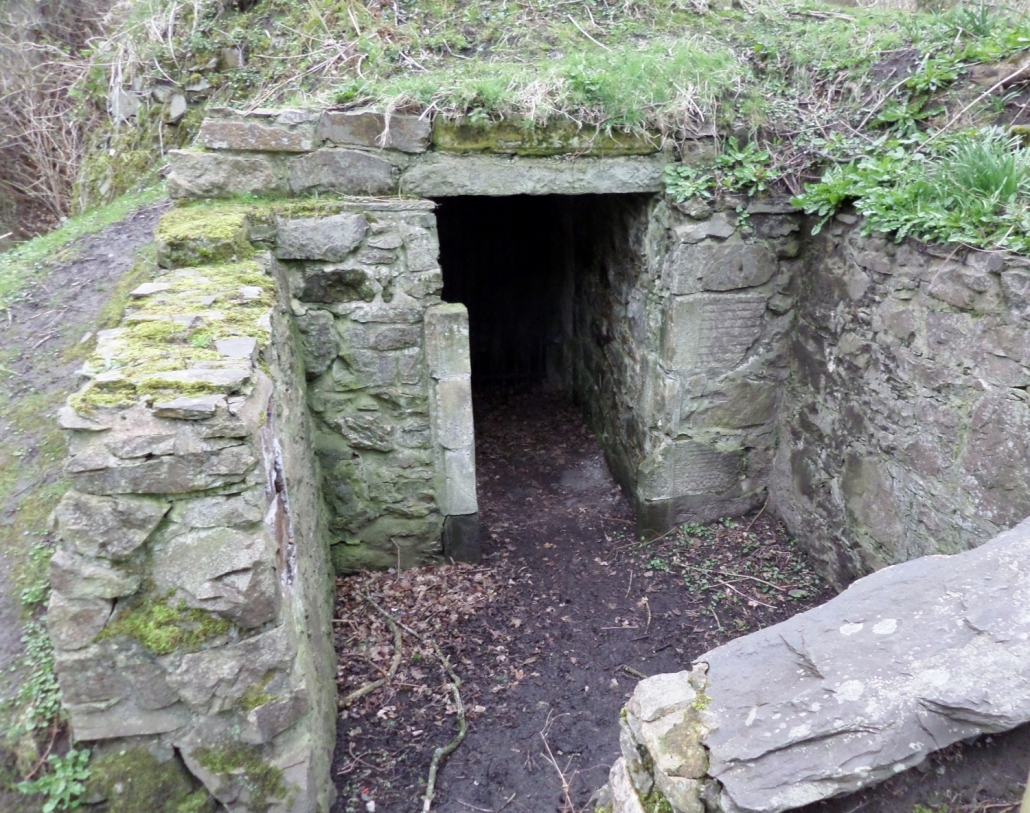 One of the landmarks in Wrack Woods is the Ice House, built as the refrigerator for Duff House.  The exact date of building is not known but it was before 1800.  Today it doesn’t look as though it would keep anything frozen or cold for very long, but when it was fully in use it was the best technology of the time.  Built into the side of a hill (probably for ease of construction) it had several features to help it keep food cold.

Today, there is a modern grilled skylight so that the inside of the Ice House can easily be seen, but back when it was in use it would have been fully covered in probably at least 3 feet of earth, the dome shape of the storage compartment providing the strength; secondly the trees provided shade so the hottest sun was never on it; and importantly it had two “air-lock” compartments – three doors, while many of it’s contemporaries only had two.  At the bottom was a drain, for the melted ice to be let out; and food could either be laid on the ice – or between layers of ice; or it could be hung from above or held above the ice from some foods that just needed to be cool.

We know that the Head Gardener in the 1870’s, Mr Mackie, kept a master list of what foods were stored where and when in the Ice House; that straw was put between different foods so that they could be split, and that access from the passageway was by ladder into the egg shaped storage compartment.

It is likely ice would be taken from the river and used in the ice house, where it would last for up to two years.  By the second half of the nineteenth century, the ambient temperatures were slowly rising in general, and this may also have been the cause of the start of the demise of another source of ice.

We know that in 1874 the “Cuddy” – the donkey – and it’s cart, were taken up to Star Loch for ice.  Star Loch was one of two lochans on the top of Doune Hill but these no longer exist.  Being still water, and higher, this would freeze more readily than the river water.  Star Loch is named on some of the older maps that include Doune Hill.

The cuddy seemed to be an integral part of life at Duff House and was used for several jobs – even taking ice as far as Innes House (between Lhanbryde and the coast)!   There is a photo of a donkey at Duff House – perhaps the same one that we know was walked up to Doune Hill!