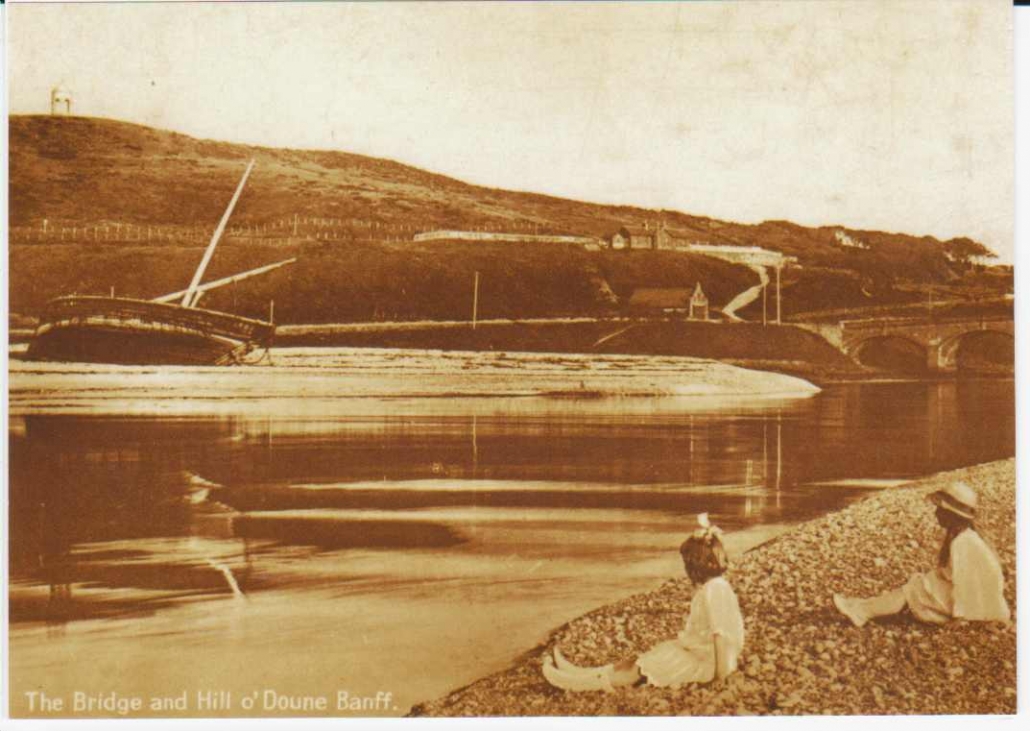 This was the day of a huge milestone in the history of Banff and Macduff, an event that was intended to, and did, cut through the normal competition between the two towns.

“In the evening a huge bonfire was lighted on the Hill O’Doune, when there was a further opportunity for a public demonstration and general jubilation.  During the afternoon a very large quantity of brushwood was carted to the hill, and was piled on top of several barrels of tar and paraffin.  At seven o’clock the match was applied by Mrs West [wife of the Provost of Macduff].  A very large number of of the inhabitants of both communities assembled to witness the conflagration, which, fanned by a strong breeze, soon assumed considerable dimensions.  The fire burned furiously till a later hour.”  “A large number of rockets were sent off from the hill, and the opinion was generally expressed that it was a long time since so hearty enthusiasm was displayed.”

The event earlier in the day had been enough not just to give rise to the bonfire, but an impromptu closing of the schools, flags and bunting were erected all over both towns and shops closed – what was reported as “a general holiday was observed for the rest of the day.”

And the event that caused this: the extremely generous donation by the Duke and Duchess of Fife, of Duff House and a large part of the estate, to the two town councils.  This had been announced at a meeting that morning of both town councils.  During 2021 there has been some mention of the written terms of this gift, and perhaps 2022 will give rise to more discussion, but the undertaking of Provost Alexander of Banff, made as part of his acceptance of the gift, may also be relevant.

Provost Alexander described in glowing terms the house and grounds, and then goes on to say: “Then we have the invaluable fact of the subject of the gift being absolutely unrestricted in its administration.”  Such a term does indeed exist in the written Gift, but so too do the underlying purposes of the Gift by the Duke, and these are fully acknowledged by Provost Alexander.  He describes in some detail some of the plans as of that time for the grounds, “golf courses, bowling greens, tennis courts, and  croquet lawns” which he sees fully in accordance with the “heads of pleasure grounds and places of recreation” as laid out in the Gift.  “I feel with the exercise of sound judgement … we will be able to complete a scheme (in the formation of which we are unfettered) which will adequately accomplish the objects underlying His Grace’s munificence.”

Hence, certainly in 1906, the Town Councils involved had a clear understanding of the purpose of the house and land gifted to them, and appeared to have every intention of doing just that.

There is on other interesting aspect too.  The written acceptance of the Gift includes that the two town councils “respectfully request the gracious permission of Her Royal Highness [the, Duchess, Princess Louise] to the Canal Park being henceforth known as the Princess Royal Park.”  Although such permission was granted, it seems this aspect of the Town Council’s undertakings haven’t been honoured in all of the present day wording by Aberdeenshire Council!