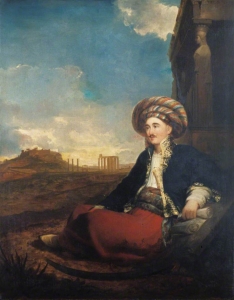 Robert Wilson was born in 1787 in Banff, the son of Andrew Wilson and Margaret Reid. He attended Banff Grammar School and then went to Marischal College to study the Arts and later graduated M.D. from King’s College in 1815.

Robert Wilson joined the Honourable East India Company and travelled as a ship’s surgeon. He had an amazing life of travels and over his lifetime travelled widely; being the first European to explore Kurdish areas in Mesopotamia.  While working he travelled extensively throughout Africa, the Middle and Far East and Europe. He had a number of roles, including Private Secretary to Lord Hastings, while he was Governor of Malta. As he travelled, he gathered a huge collection of objects.

In 1830 he retired and lived at Glenairnie Cottage, near Forres. However his travels continued, visiting many areas of Europe.

When he died he left his collection to Marischal College and considerable funds. Some of this money was used to encourage medical graduates of Aberdeen University to continue his legacy of travelling and collecting “Antiquities and objects of interest” Successful applicants were to be given an annual income of £292 for travelling expenses.

Robert Wilson’s collection is now kept in the University of Aberdeen and includes some surprising items. One of the strangest is a pair of slippers which were given to him by Princess Pauline Borghese, the sister of Napoleon Bonaparte, who became a close friend of Robert Wilson. She gave him many gifts over the course of their friendship, including a ring which contained a lock of Napoleon’s hair.

The Robert Wilson collection is a fascinating collection, covering many periods of history and geographical locations. The list of his collection can be viewed on line. 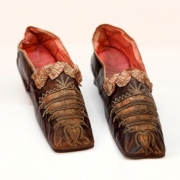