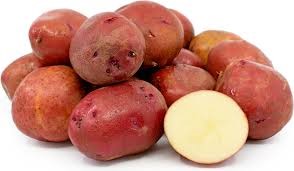 The culinary world owes a great debt to Mr James Kerr, the entrepreneurial seedsman behind Kerr’s Pinks, surely the most famous potato variety produced on these islands in the 20th century.  Commercially launched by Mr. Kerr, in 1917, this Banff potato went on to conquer the potato eating world, satisfying diners firstly in Scotland, down through England and over to Ireland, where it almost monopolised potato growing for most of the 20th century and still proves popular.  However, while James Kerr named and promoted the variety, he did not originate it.

That honour goes to Mr. James Henry of The Brae, Cornhill, Banffshire, who perfected the variety.  It was originally known as ‘Henry’s Seedling’.  After considerable trialling from 1906 onwards one variety stood out, “I selected it not because it was of better quality than its companions of the later varieties, but because its shape pleased me, a pinkish round”.  He gave a few to Mr Kerr, a seedsman in Banff, to try out and the rest, as they say, is history.  Mr Henry farmed The Brae for a few years more before he lost interest in farming and emigrated to Canada, where he became agricultural editor of the Ottawa Farm Journal.  He died there on November 2, 1952.

Mr Kerr lived at 79 High Street Banff and made significant contributions to agriculture in Banffshire through his partnership in the firm of Messrs Raeburn & Co.  In his nurseries at Colleonard he put to the test many of the new varieties of seed introduced into the county.  This was important, as many varieties that did well in one district, may not preserve their character when tried in another.  James Kerr died on 27th February, 1955, in his eighty-ninth year at Chalmers Hospital, Banff. 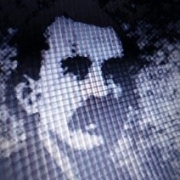