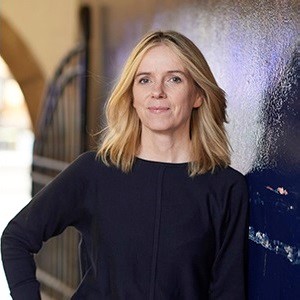 It occurred to her when she arrived in Banff in 2001 that here was a setting she would use to write a novel, and she did.  Walking around Banff, she could not fail to be inspired by the history in the streets and in the houses.  Undoubtedly she also gained from her Ph.D. in 17th century History from the University of Aberdeen, nor can it have been a hindrance that her uncle was Alistair MacLean, the well-known Scottish writer, whose works include The Guns of Navarone, Ice Station Zebra, and Where Eagles Dare.  Even so, twelve agents and publishers rejected her first book.

Her first book, ‘A Redemption of Alexander Seaton’, set in Banff in 1626 opens on the Water Path, where a man collapses in the street near the schoolhouse of Alexander Seaton, the local teacher and narrator.  Next morning the man’s body is found dead in Alexander’s school house.  The dead man’s last words point towards Alexander’s best friend, setting Alexander off on a mission to prove his friend’s innocence.

By now some of you will have guessed the name of the author, Shona MacLean.  She was born in Inverness and grew up in the Scottish Highlands where her parents were hoteliers.  Shona lived in the Banff area from 2001, firstly in a cottage at Deer Park Farm, and then from 2003 to 2007 in St Anne’s Terrace.  ‘I first got the idea for the book when we first moved to the area in August 2001, but other than the very earliest stages, the book was written at St Anne’s Terrace.’

Since ‘A Redemption of Alexander Seaton’, Shona has, to date, written another three novels in this series.  She has also changed her name from Shona MacLean to the more neutral S.G. MacLean, “The thinking was that my name was too soft and feminine and men wouldn’t buy my books,” she explained.  In Banff, however, she will always be known as Shona MacLean. 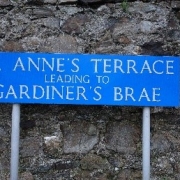 The Souterrain at Inverboyndie
Scroll to top