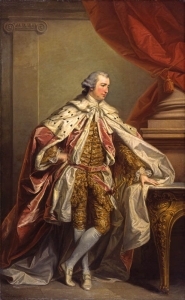 The 2nd Earl Fife was James Duff, second son of the first Earl, William Duff. The eldest son had previously died which is why James became Lord Fife when his father passed in 1763. He was the first of the Earl Fife’s to live at Duff House, his father having gone off the place as a result of his dispute with his architect and building contractor William Adam.

James was the Member of Parliament for Banffshire from 1754 until 1784, when he gave up his candidacy for Banffshire in favour of his son, “Sir James”, and instead stood in Elginshire, where he owned just as much land. He was MP for Elginshire (Moray) from 1784 to 1790.

The Duff’s title of Earl Fife was in the Irish peerage system – still given by the UK crown based on an historical right as monarchs of the United Kingdom of Great Britain and Ireland. Technically such peers had the right to sit in the Irish House of Lords, but rarely did; many never visited Ireland (although James had planned to in the late 1780s); many Irish peerage titles referred to places not in Ireland. As Earl Fife was an Irish Earl, not a British Earl, he could become a member of the House of Commons; until 1790 when James was given the British title of Baron Fife he had no right to sit in the UK House of Lords. The title Earl Fife lapsed in 1912 when the 6th Earl died, having also been created a United Kingdom Earl (“of” Fife) and then later a Duke (of Fife).

James used to spend about 6 months of the year at Duff House; the rest either at Fife House in London or at his other estates, including Mar Lodge and Innes House. Early in 1784, James was stuck at Duff House due to severe snow, being unable to travel south as he normally would. He did make it a few weeks later to London and his seat in Parliament, but by early May that year he was complaining of the heat. This heat wave seems to have continued – at least in the southeast of England – because by 20th May he writes home saying “Indeed it is so hot here, I wish to be in the sea, at Macduff.”

This phrase, apart from showing that James clearly liked living at Duff House and his rightful pride in the town he had created – and named Macduff in the previous year, having grown it from the village known as Doune or Down – it also shows his liking for robust activities. He often walked dozens of miles, sometimes on shooting expeditions, sometimes to visit his other estates, but also one of his more unusual habits was bathing in the sea – something that was not generally in fashion in those days.

James’s influence during his life, particularly for the Duff estates and hence for Banff and Macduff, was huge; his legacy still continues, with the layout of both towns, Duff House itself and the Deveron Valley. And 226 years later, the month of May has been really hot too! 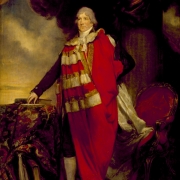 DR BARCLAY OF THE “BANFFIE”
Scroll to top