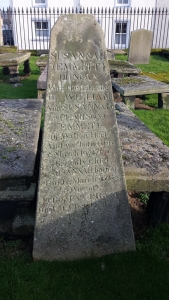 When Banff Bridge was built – for the second time – in 1779, the entrance to Duff House was grand metal gates (now at Banff Castle) just at the start of what today is New Road. The gate was flanked by two gate houses, one of which still stands by the side of the road. Just below this remaining gatehouse is now the car park for the Co-op, but this site used to be a lodge, the accommodation for Lord Fife’s gardener.

At the end of the 18th century, the gardener was John Duncan. He married a young lady from Hertfordshire, Susannah Emmet, who at the end of April 1797 “had a most pleasant and agreeable” 6 day voyage on the “Friendship” from Deptford to Banff to join “my dear Duncan”. She describes the Lodge as a “beautiful little house” and goes on to describe its rooms and decoration. In letters to her father and brother she appears to be very well pleased with her life in Banff. She describes parts of the Duff House estate, especially the gardens which were near to the Gardener’s Lodge, but also the town. Susannah comments “there are so many people of small fortunes come to live here. You will see hundreds of people walking of a Sunday, and all well dressed.”

To her mother Susannah describes in real detail what food is available, how good it is, and what each item costs. She does miss “lard” – which her mother sends her – because although there are numbers of “hogs fatted … the people in general are not fond of pork”, and the hogs were pickled and sent to London for sale. She is really pleased however that there is the best of beef and mutton, and comments that although butter is going up in price, it is much better value than Hertfordshire because there are “24oz to the pound”; and for meat “17oz to the pound”.

Sadly, Susannah only lived just under a year in Banff, because she died in childbirth on 2nd April 1798, aged just 32. Her husband stayed a few years in Lord Fife’s employ, keeping Susannah’s grave “beautiful with flowers”; but later moved to Cornwall and then Maidenhead. The baby, also called Susannah, eventually became cook to the Duchess of Bedford at Chenies, married a groom, and took over Chenies Inn.

Captain Milne of the “Friendship” was local to Banff, and his granddaughter, Mrs Coutts, certainly lived in Banff late in the nineteenth century. He is buried in St Mary’s churchyard in Banff, as is Susannah Duncan Emmet. Her gravestone is of unusual design and is today propped up against others. A couple of confusions remain however – a transcript of her stone made in 1900 has some additional words to those that can be seen today; plus the present stone says Susannah died in 1778 – but it most definitely should say 1798 !! 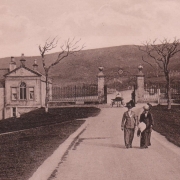 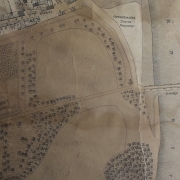 BPHSMOB A Jacobite Adventurer in Banff
Scroll to top