Banff and the Jacobites 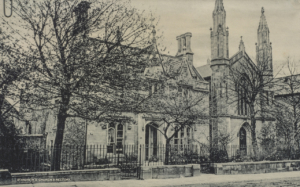 Aberdeenshire and Banffshire were Jacobite heartlands. The unsuccessful  1715 Rising had begun at Braemar, where the Earl of Mar raised the Jacobite standard in support of James Francis Stuart’s claim to be King James VIII and III. In 1745 it was the turn of his son Charles Edward, ‘Bonnie Prince Charlie’, to try to win the throne for his father. He landed on the west coast of Scotland and gathered an army which included a large number of Banffshire Jacobites.

The Jacobite army advanced south, winning the Battle of Prestonpans, before eventually turning back at Derby when hoped-for English support failed to materialise. They marched north once more, closely pursued by the Hanoverian army led by the Duke of Cumberland. Soldiers from both sides passed through Banff on the road to what would be a decisive Hanoverian victory at Culloden on 16 April 1746, and Cumberland’s troops were stationed here after the battle. They used the brewery near the harbour as a barracks.

Although Presbyterianism had become the established church of Scotland in 1689, many Episcopal congregations still flourished in the north-east of Scotland. St Andrew’s Episcopal Chapel in Banff was one. Cumberland’s troops set fire to every Episcopal chapel they came across because these congregations tended to support the Stuart dynasty and refused to pray for King George. The soldiers removed the roof from St Andrew’s and set fire to all the contents, including seats, books and organ. The building was destroyed. It was rebuilt a few years later, and today’s St Andrew’s Church stands on the ashes of its predecessor.

James Macpherson: James of the hills
Scroll to top