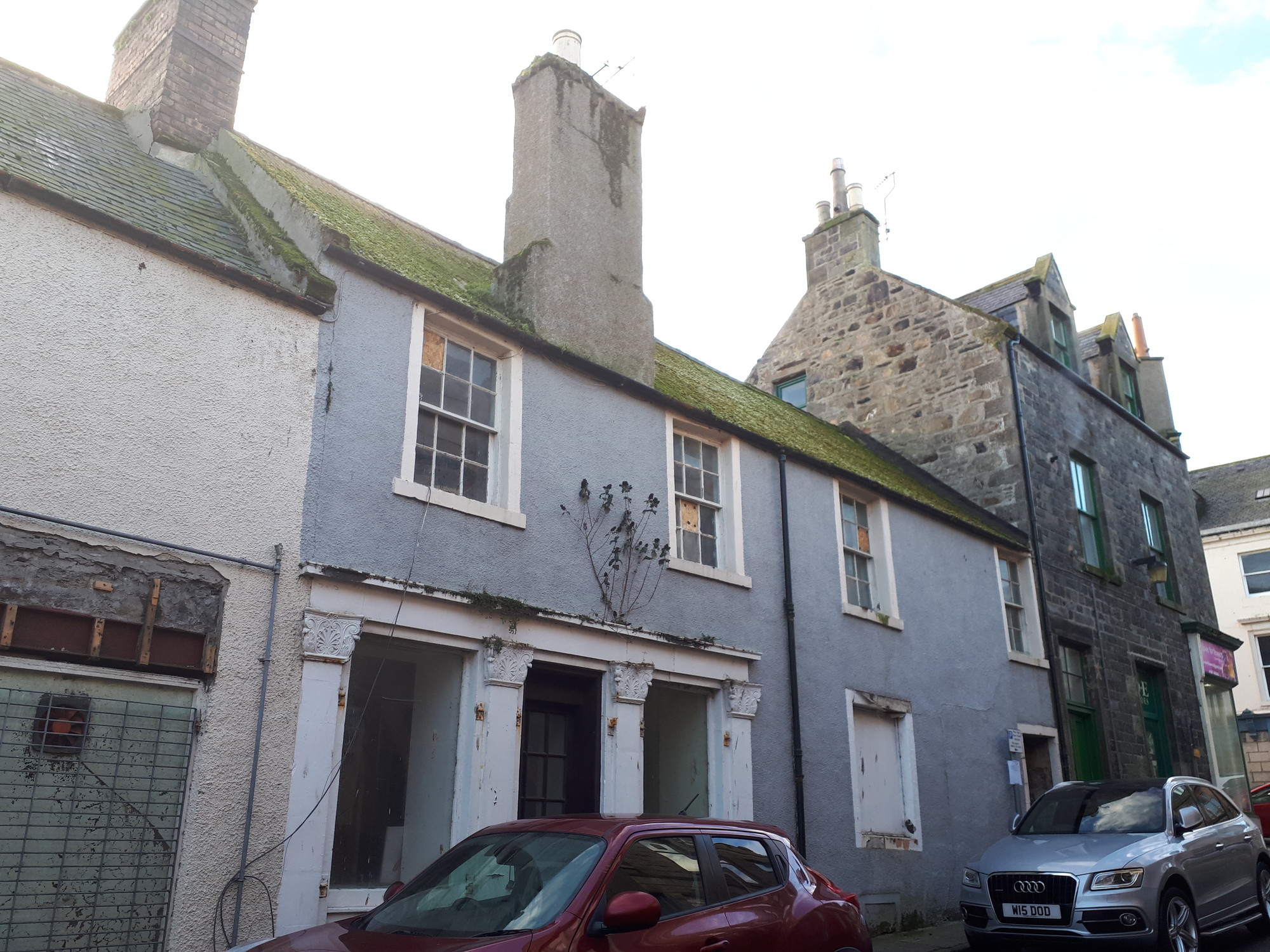 49-53 Bridge Street is a Category B Listed Building, dating from the late 18th century. The former shop of this building has unusual pilasters (columns) with composite capitals incorporated into its design, which are similar to those found at the former Banff Academy and were used by Elgin based architect William Robertson in many of his designs. Having the chimney stack at the front of the property is a design which would have been common in early houses in Banff. Works are underway here to have the building restored, after being unused for a number of years, into three townhouses. These will provide accommodation to those visiting and attending courses at the silversmith’s workshop at the Smiddy. These works are being carried out by the North East Scotland Preservation Trust.