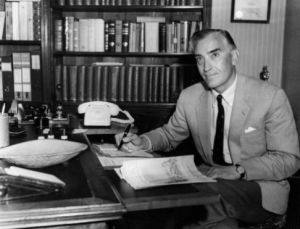 Neil Paterson, though born in Greenock in 1915, can justly be claimed as a Banffer.  In the first instance he was brought up in Banff, where his father James Paterson practised law – the family lived in Boyne Cottage, Bellevue Road.  Neil’s formative years were moulded by an excellent education at Banff Academy.  Neil went on to Edinburgh University, and to play for Dundee United.  In 1936 he was nominated team captain by the players; quite an amazing achievement for an amateur to lead a professional team.  However, while he enjoyed football, his heart was in writing.

Initially he started off as a sportswriter and then as a writer of novels, short stories and screen plays.  An early book with Banff interest, The China Run, is set out as a biography of his great-Grandmother, Christian West, ‘born in 1829 in a two roomed house in Carmelite Street in the Royal and Ancient Burgh of Banff,’  The story ends with her death on the 12th December 1893 and a reference to her obituary in the Banffshire Journal.  Despite its very plausible appearance as a historical text, China Run is a work of fiction.  It was voted book of 1948 by Somerset Maugham in the New York Times

In 1951 Neil published a volume of short stories, And Delilah. One of the stories, ‘Scotch Settlement’, was made into a film, The Kidnappers, and won 3 awards.  No doubt inspired by his success, Neil then focussed on screenplays, three of which were selected by Cannes Film Festivals, and one, Room at the Top (1959), won him his Oscar.  Fame, it seems, runs in the family; his Banff grandfather also achieved fame – giving his name to a famous potato variety, Kerr’s Pink! 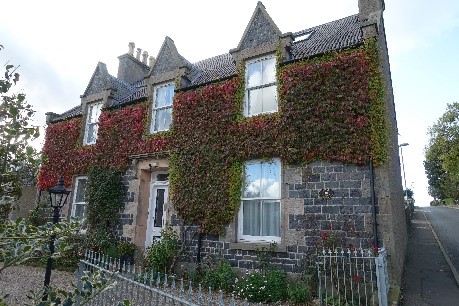 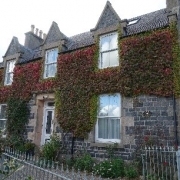 The Canadian Banff
Scroll to top