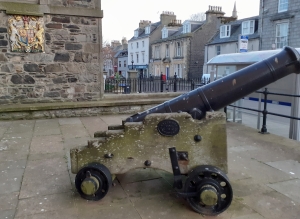 Around Banff there used to be a number of cannons, perhaps the one on the Plainstones in Banff being the one that most people are familiar with. This cannon came from Sevastopol in Crimea and was given to the town of Banff in 1857.
There were 3839 of these captured along with a huge amount of other ordnance when the Allies in the Crimean war – French, British and Ottoman troops were victorious over the Russians at Sevastopol in 1855.
Britain received 1165 of these cannons, although the number is sometimes estimated at 964. The cannons were given to towns and cities across Britain as well as to countries of the British Empire including Guyana, Australia, New Zealand and Canada.
The Banff cannon was originally placed on the Battery Green along with several other cannon but in 1901 it was moved to the Plainstones.
With the advent of the two world wars most of the cannon were disposed of, melted down through a demand for metal and a fear that Banff would be identified as a garrison town and therefore more likely to be under threat of attack.
There were apparently two cannons on the Plainstones but in celebrations at the end of the First World War, soldiers pushed one of them off the end of Banff harbour and it’s still believed to be there.
The rather fine cannon that remains on the Plainstones has the crest of the Russian Eagles on it. In 1970, it was removed from the Plainstones by the Ministry of Works at Fort George who wanted to take moulds and casts of it. In 1992 the cannon was once more removed for renovation and the sea mine, which stood on the Plainstones for many years was also removed.
The cannon was brought back, a new replica Mercat Cross was erected as part of the renovations, but the mine was never returned. 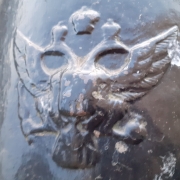 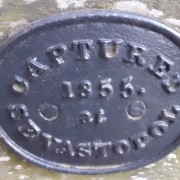