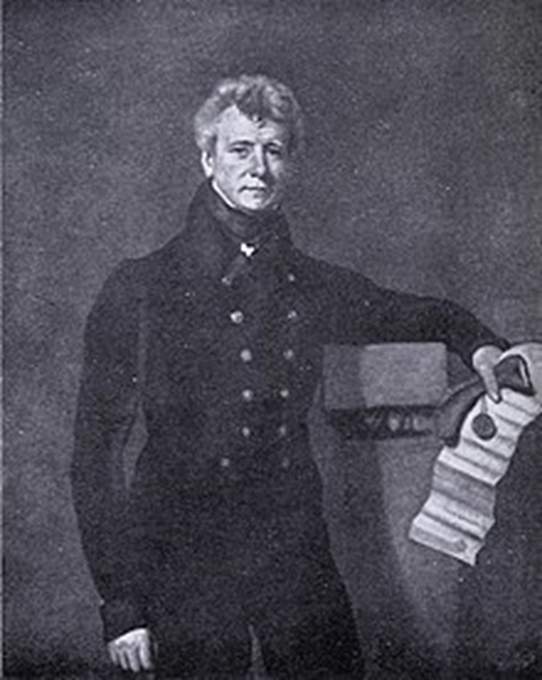 James Grant, (1789-1858), born at Banff made a name for himself as a soldier, administrator and historian in India with the East India Company.  He first arrived in India as a cadet at the age of sixteen. Graduating from the cadet academy he distinguished himself in many military campaigns while also mastering the Marathi, Urdu, and Persian languages. In 1818 he was appointed to the important office of Resident of Satara State.

In office, a great deal of Grant’s time was spent in adjudicating the claims of his officers for booty during battles and prize claims in the aftermath of battles.  As can be imagined there was fierce competition among officers for prize as, Henry Dundas Robertson, his fellow administrator and Scot wrote, ‘Treasure-hunting does indeed make men keen.’  To distinguish between actual looting and suspected booty Grant constantly consulted Maratha manuscripts. From his research in the primary materials, it was but a short step to historical scholarship.

In 1820 he began work on the first volume of his History of the Marattas, which eventually went to three volumes.  Grant’s history feels quite modern in its use of primary documents (state papers, family and temple archives, and personal contacts with the Maratha chiefs) and its appreciation of the material culture of the Maratha, particularly that of their weaponry. The complete history was published in 1826.

He left India in 1825, married and soon after he succeeded to the estate of Eden and with it to the Duff name. He spent his time there improving the property and helping in the development of short horned cattle. In 1850 his wife, Jane Catharine, succeeded to an estate in Fifeshire belonging to her mother’s family, and James became James Grant Duff Cuninghame.