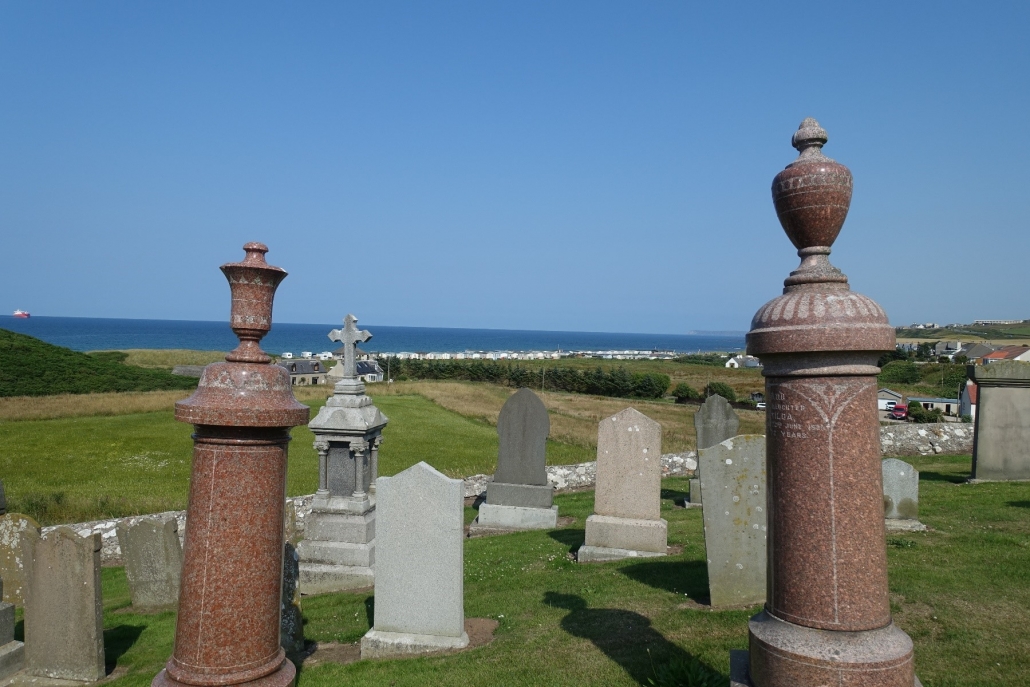 If ever you have given thought to where you might like to rest for eternity, you will not find a more salubrious location than St Brandon’s graveyard, Inverboyndie.  The view from any of the graves is unsurpassed, taking in as it does an expanse of the Moray Firth, including a cinemascopic view of the Banff area and beyond.  Closer to hand there is a gentle slope down to the Boyndie Burn.

You will not be stuck for company.  The graveyard is quite small so all those interred should be within earshot.  Your more visible neighbours on the ground floor date from the 17th to the present day.  They originate from a cross section of the surrounding area: farmers, blacksmiths, boat builders, and fishermen.  As you can see from the gravestones, they had an appreciation of the mason’s art.

While some are accompanied by their wives and some of their children, I dare say they would all welcome some outside conversation as, being upfront and close to one’s family in a confined space for all eternity can be trying at times

St Brandon’s church is first mentioned in the early 13th century, so it seems reasonable to assume that in the basement of the present graves lie those of medieval folk.  Their stories should go some way towards passing the eternal days and nights, and I can see you will be in great demand with your stories of world wars, Brexit and Scottish Independence.

Should you run out of conversation in the basement, you could explore the lower basement.  The graveyard has all the signs of a Celtic origin: it is circular in shape, situated near a burn and is named after a famous Celtic missionary and navigator: St. Brandon.  While you may experience some initial difficulty with the Celtic and Pictish languages, learning these languages could be a pleasant occupation and, I am told, help stave off senility.

On those nights when all is quiet, you could ponder the question:  why was an industrial estate allowed right up against such a unique ancient monument? 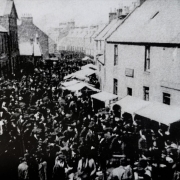 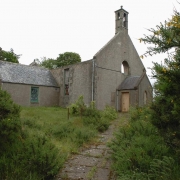 For whom the bell tolls
Scroll to top