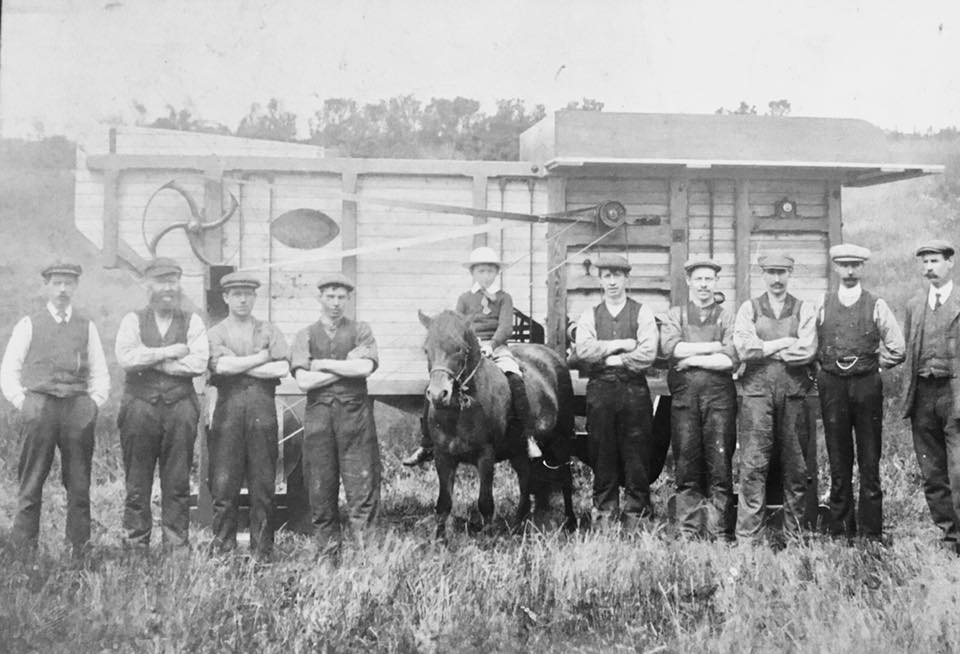 The famous aviation brothers were known around the world but we had our own Wright Brothers in the North East, not famous for flying but for making Threshing Mills.

William Wright trained as a millwright at Alehouseburn and aged just 23 was already making all kinds of agricultural machinery in his own business. By 1870 he had designed a traction engine which was used to power threshing machines and toured the area.

By 1888, he was producing turnip-sowing machines, manure spreaders and threshing machines.

Timber for the many machines was bought from the Cullen House annual wood sale and the business continued to grow.

In 1889 William moved his business to the Boyne Mills, outside Portsoy. This had previously been a woollen and tweed mill owned by William Walker and Co who, from 1881, sold their goods from the old U.P. church in Carmelite Street, Banff.  William Wright continued to build agricultural machinery as well as carrying out general joinery. Some of the local projects included working on the new United Free Church at Cullen and at the Hay Memorial Hall in Cornhill.

William Wright died in 1902, but the business was carried on by his family. They continued to supply threshing mills all over the country, from Perthshire northwards. Farms where the threshing mills were installed included Mains of Skeith, and Fiskaidly locally. When the threshing mill was installed at Fiskaidly a large company of friends and neighbours were invited to inspect the new buildings and machinery. This was followed by supper and dancing with songs sung in the intervals.

In 1909, “an interested company met at the Home Farm of Sir George Abercromby of Forglen, to witness the installation of a threshing plant of the most improved type” (a Wright Brothers installation)

By the mid 1950s the demand for threshing mills had declined and the business disappeared over time.