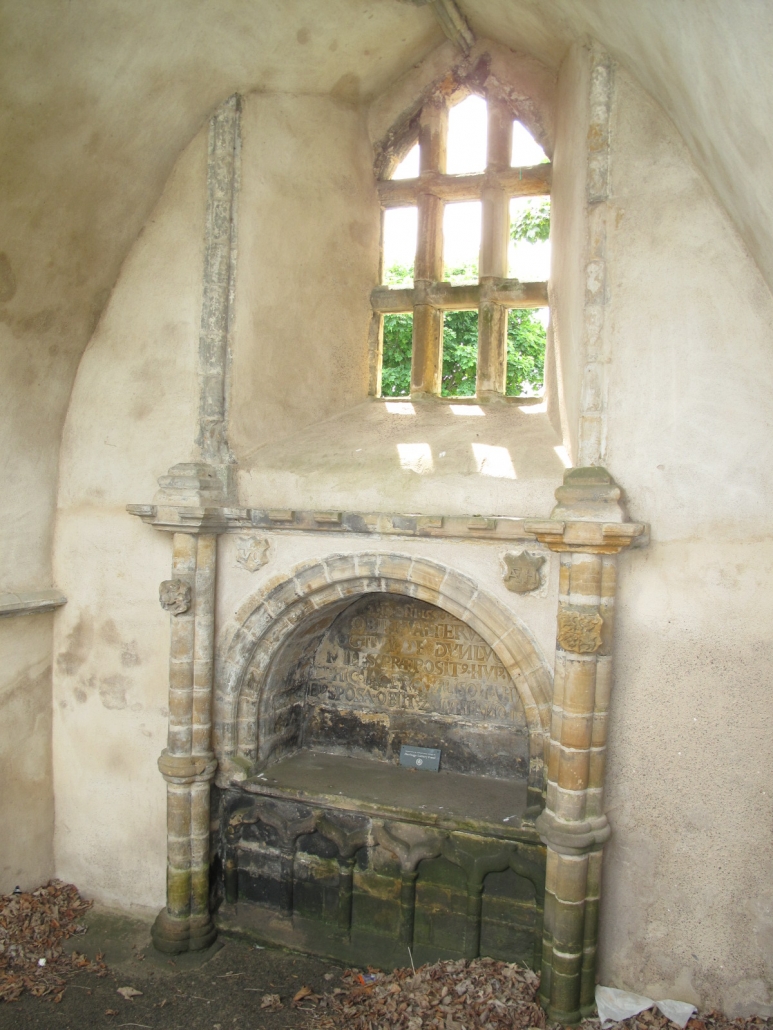 For centuries the Ogilvies were the top local family round Banff. We have Airlie Gardens, because the head of the Ogilvie family is the Earl of Airlie. The Ogilvies of Dunlugas, which is a little way up the Deveron, were cousins to the earl, and they dominated the town. Walter Ogilvie, and his son George, were Provosts of Banff for life. George married a daughter of Lord Seton. Mary, another of the Seton girls, was a lady-in-waiting to Mary Queen of Scots, one of the Queen’s four Maries.  His son Walter married an Urquhart of Cromarty (that’s the family at Craigston Castle) and was the first to call himself Ogilvie of Banff, instead of Ogilvie of Dunlugas. And we are talking about his eldest son George, first Lord Banff.

George Ogilvie was something of a thug. At the entrance to the old graveyard of Banff you can see the monument to Provost Douglas. In 1627 George was ‘put to the horn’ for threatening Douglas, and it is not terribly surprising that when Provost Douglas was actually murdered years later, the murderer was never found.  In 1628 somehow George got off with a fine for the confessed murder of his cousin James Ogilvie. In 1629 he was committed to Edinburgh Castle for brawling in Edinburgh, and he definitely had a hand in the terrible burning of the castle at Frendraught. (There is a famous ballad about this crime). What a record for a Provost of Banff!

Then came war between Royalists and Covenanters, and George, by now elderly, fought on the King’s side. In consequence General Monro, on the other side, sacked Banff. He destroyed George Ogilvie’s house, the Palace of Banff. In those days in Scotland the word ‘palace’ was used for a big house. It was the grandest house for many miles around, and stood on the corner of Low Street and Carmelite Street, where the Town House is now. All the trees in the orchard were chopped down. As King Charles I said “It was a cruel thing to fall upon the garden … it had neither done evil nor could hurt them.”  Apparently the people of Banff joined heartily in the looting of the Palace. Of course a few years later there came the Restoration in 1660, and George Ogilvie was compensated for his losses with a peerage, the first Lord Banff. He died in 1663. There used once to be a portrait of him in Cullen House: “an old Lord Banff, aged 90, with a long white square beard, who is said to have incurred the censure of the Church, at that age, for his gallantries!”  One source says he lived to be 105. 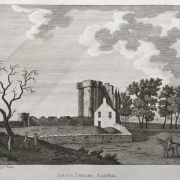